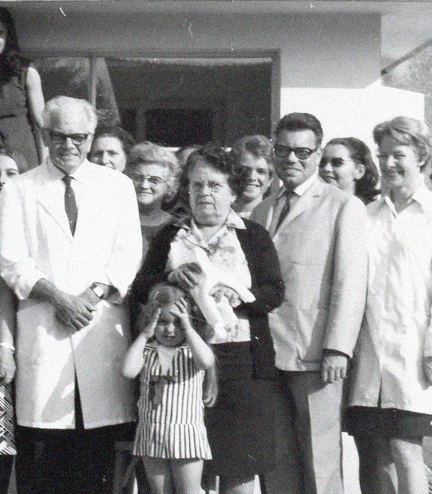 The BEERENS family is based in Paris in the 20’s. Edouard received a aprons and overalls atelier as a wedding present from his mother. The workshop is located in Paris, Bretonvilliers st. 3, on Saint Louis island in the heart of the city where Edouard created his own brand VETRA in 1927.

Edouard created a complete range of workwear garments for men. However, facilities space became quickly too limited. Consequently, the company moved in 1930 to du Bourg st. 100, Lambersart in the North of France. He made design and pattern grading, managed production while his wife Constance was in charge of sales and shipping

Manufacturing is made in the workshop and by workers sewing on their own machine at home pieces cut at the factory. Sub-contractors at Merville and Estaires complete production capacity. 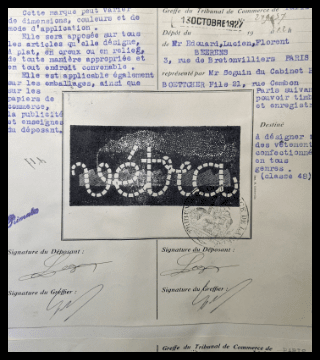 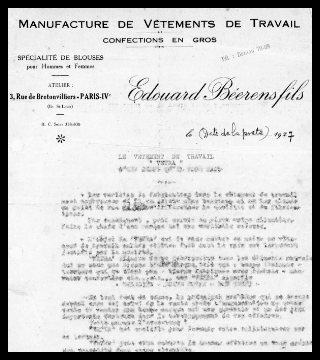 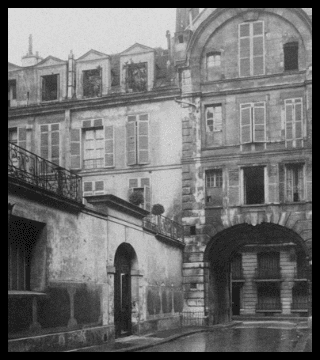 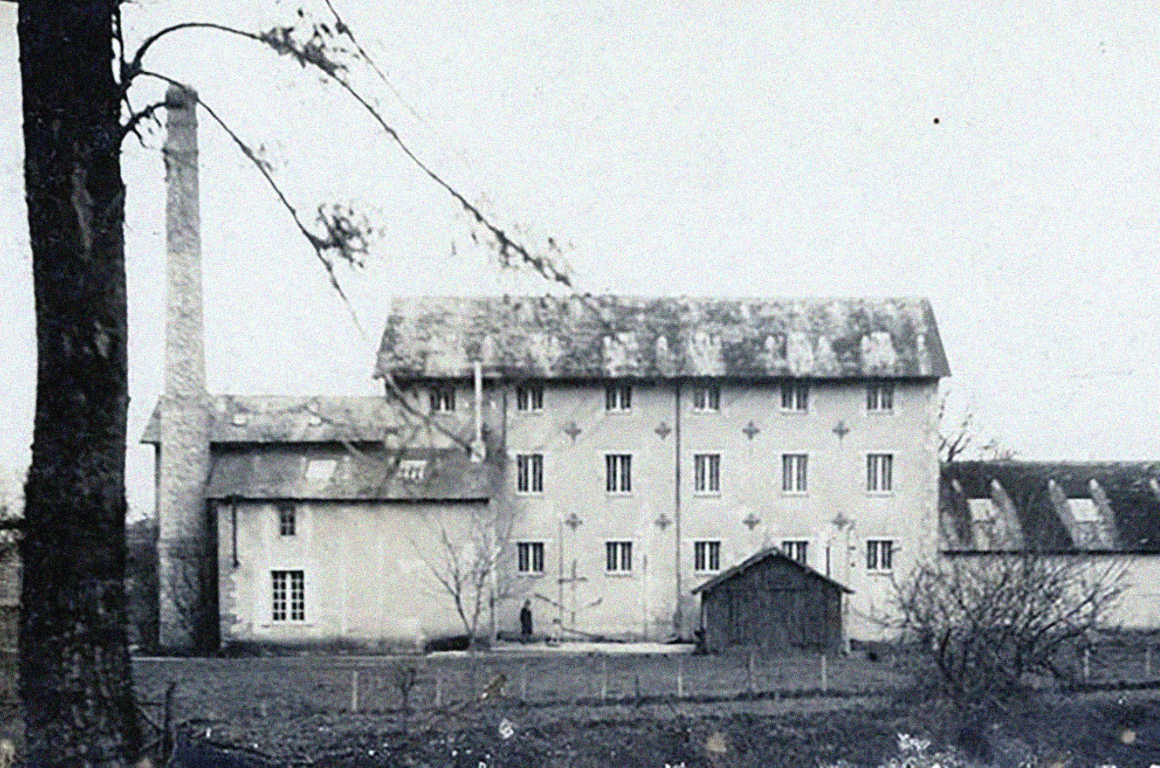 The factory building
in 1933

In 1939, the workshop manufactured uniforms for the French army. On May 19th, 1940 Edouard cut the uniform into pieces and destroyed his machines while refusing to work for the Nazis. The exodus means to flee quickly and take the very minimum. To save his most expensive machine, a buttonhole REECE, he loaded it in a trailer after his car. This machine will end its duty in 2010 after 917.000.000 buttonholes made!

After a long hazardous journey, the family settled in the small town of Le Lude in the West of France in 1940. Despite being tracked by the Gestapo, Edouard established a new workshop and started the production again. He began to make uniforms for the Resistance (one of which is displayed at the Roger Bellon museum in Conlie (Sarthe)).

In 1945, Janine, his elder daughter, joined the company, expecting to stay only for a few months … However, She became the vice president of Vetra and retired after … 54 years of commitment and passionate service!

Claude Beerens modelling for VETRA in 1939

Claude Beerens his son, joined the company in 1950 after graduating in Paris as an engineer in Garment Manufacturing.

Firstly, in charge of production then CEO, he streamlines the manufacturing process following the Kanban system created by Toyota in the car industry and steadily increases production until the 1980’s. He enhances the skill base of the workers while remaining faithful to the VETRA quality and reputation. 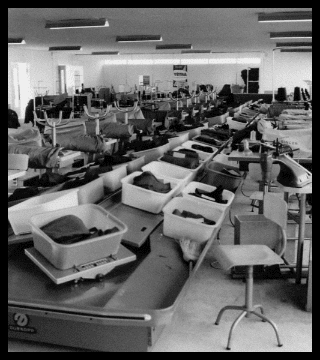 Claude Beerens modelling for VETRA in 1939

Patrick, his grandson, joins in 1988 after graduating from the Audencia Business School and an MBA in the USA. He introduces new products and works with his Japanese partners to adapt styles from the Original Archive while retaining the Brand’s authenticity which results in strong export growth for the Brand.

Thanks to its global renowned for its savoir-faire of workwear manufacturing, VETRA collaborated with CLOSED, founded by François Girbaud, on a "bleu de travail", made by VETRA and dyed by CLOSED. 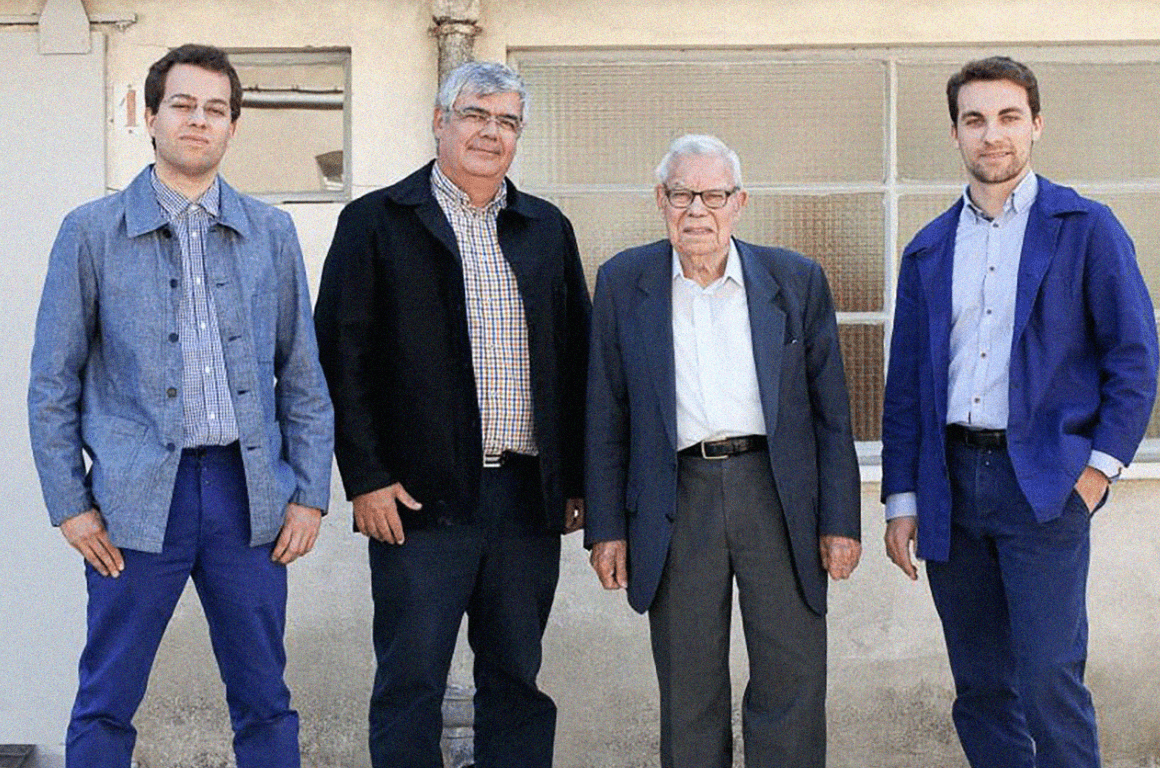 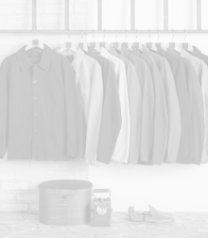 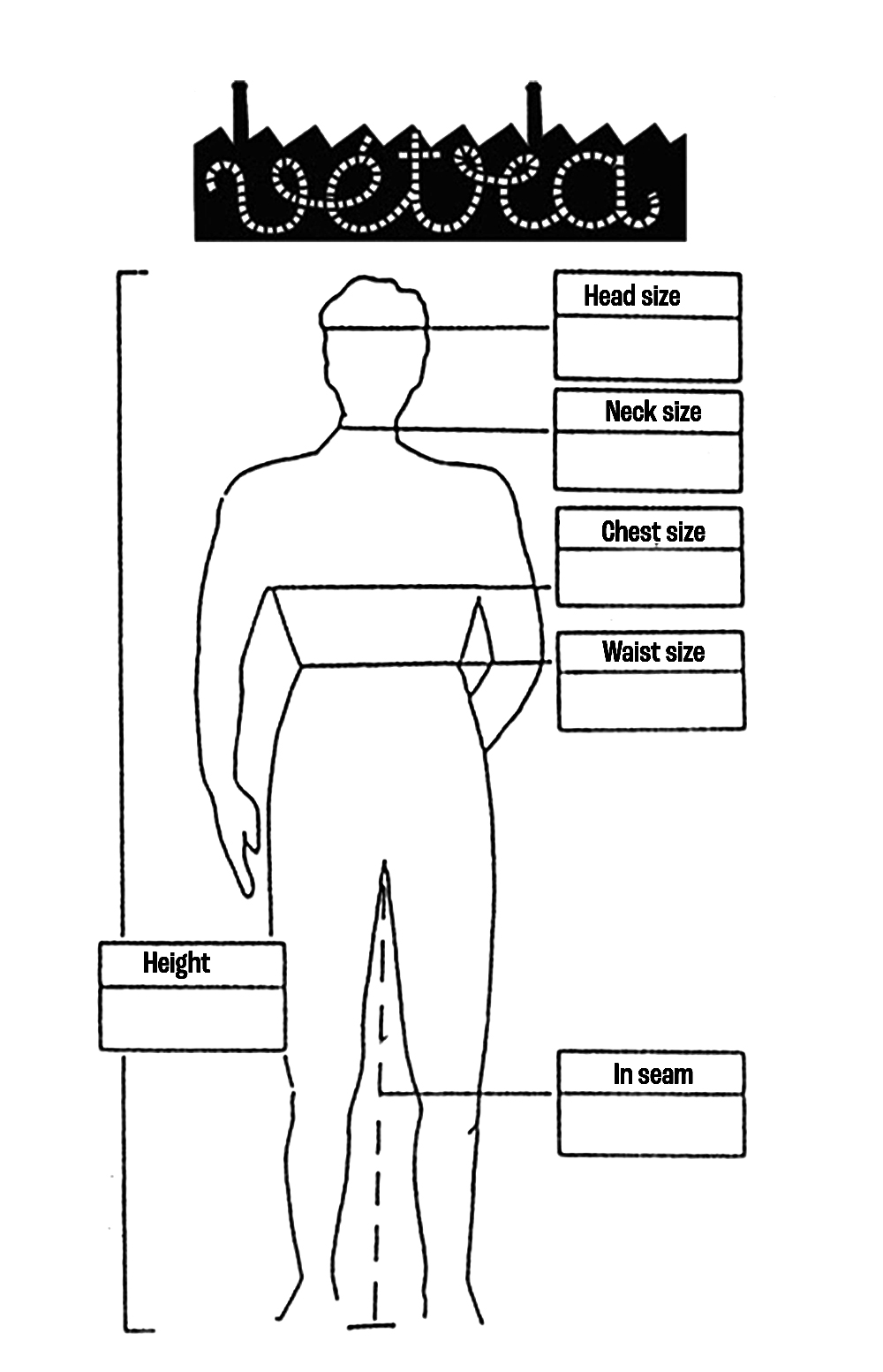